Known for its commitment to providing outstanding entertainment from the world's top talent, Oracle Arena is outdoing itself this time, as it brings you the Mexican pop veteran Ana Gabriel on Friday 10th November 2017! Tickets are currently available for this exceptional show, but be quick – they won't last long! 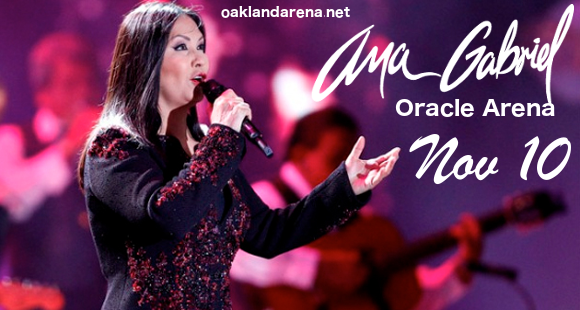 A singing sensation from the tender age of six, Ana Gabriel’s career has been a long and highly successful one, achieving hits in rock en espanol, Latin pop, and rancheras with a steady output of one album almost every year. “Prolific,” doesn’t even begin to describe this singer! To date, she has over twenty studio albums, three live albums, and several compilation albums under her belt, and has been nominated for one Grammy, several Latin Grammys, in addition to winning multiple Lo Nuestro Awards!

Don’t miss out on your chance to see the Latin Pop legend live – book your tickets to see Ana Gabriel NOW while they last!!