Are you ready for Kendrick Lamar?? That’s right, the rapper who brought you “To Pimp A Butterfly” is BACK with his latest album “Damn”!! Joining him on the massive tour are massive support acts SZA and Schoolboy Q!! It’s all happening at the Oracle Arena on Tuesday 8th May 2018 – you’ve got to be there!! Tickets won’t last long – hit the “Buy Tickets,” button now to get yours while you still have the chance!! 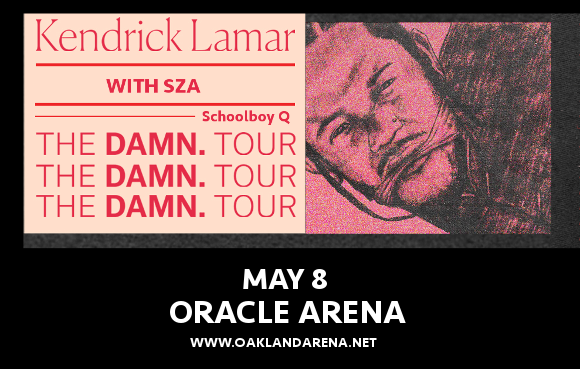 Starting to rap as a teenager under the name K-Dot, Kendrick Lamar rapidly gained attention from his mixtapes and was signed to Top Dawg Entertainment and released his first album, Overly Dedicated. From there his popularity continued to grow, culminating in the release of "To Pimp a Butterfly" – an album that not only topped the charts in both the US and the UK, but won the Grammy Award for Best Rap Album!! Now, he’s on the road with the album’s successor, “Damn”.

Be among the first to hear all the new songs live – get your tickets NOW!!