Are you ready for the ultimate pop-punk concert experience this summer? The genre-bending Machine Gun Kelly will bring his extensive "Mainstream Sellout" global tour to Oakland Arena this Tuesday, 19th July 2022. Join the Billboard Music awardee, together with the pop-rock princess Avril Lavigne and the rising music star Willow, in an evening of pop-punk hits from his most recent album. Reserve your tickets now and tag all your concert buddies along because a show like this is meant to be experienced by the rest of the gang! Click on the "Buy Tickets" link to secure your tickets. 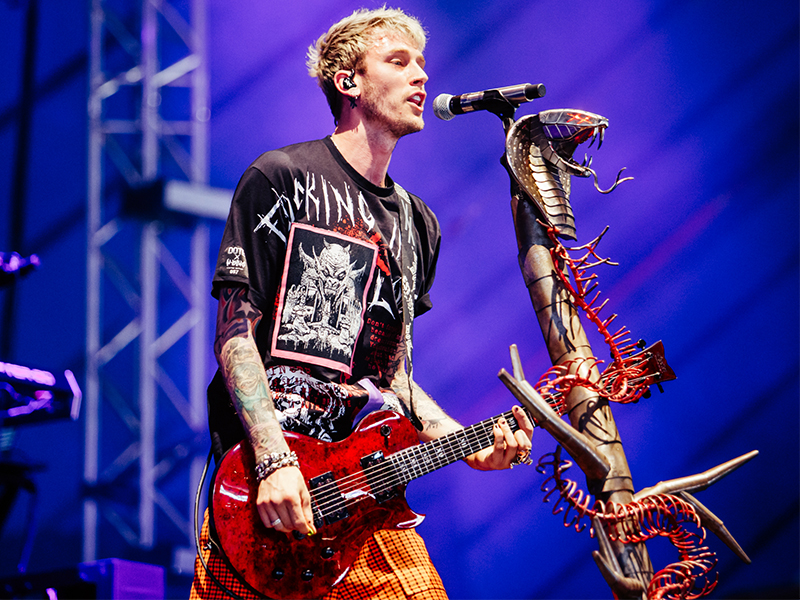 The newly-released album of Machine Gun Kelly gained a lot of mixed reactions from both fans and critics. His complete departure from his initial hip-hop sound made an impact on his career — in a more positive way.

As a follow-up to his "Tickets to My Downfall" album in 2020, MGK's 2022 "Mainstream Sellout" album focuses on the punk rock sound he embraced in the previous album. And to say that this album is as equally-good as his previous ones would be an understatement. Needless to say, this is one of the best projects the 31-year-old musician has ventured into.

Aside from its incredible collaboration with the iconic band Bring Me The Horizon, the new album also features song collaborations from Willow, Lil Wayne, blackbear, iann dior, and Gunna.

Along with the release of the "Mainstream Sellout" album is Machine Gun Kelly's announcement of a 38-date North American and 14-date European tour. The tour's first leg will consist of major venues in the US and Canada. It will commence on June 8 in Austin, Texas, and will conclude on August 13 in Cleveland, Ohio. The tour's second leg will kick off at Cologne, Germany, on September 17 and end on October 12 in Amsterdam. The string of shows will feature eight different opening acts, varying by venue, some of which are frequent collaborators of Machine Gun Kelly's. The opening acts include Blackbear, Iann Dior, Avril Lavigne, Pvris, Trippie Redd, Willow, and Travis Barker of Blink-182. Indeed, it will be a jam-packed concert season for MGK.

In his California stop at Oakland Arena, MGK will be joined by Avril Lavigne and Willow. Catch these amazing ladies this July 19, 2022, Tuesday. Secure your tickets here and be ready to have the best summer concert experience!