The biggest name in pop-rock is back! That’s right, Maroon 5 have returned with their awesome new album, “Red Pill Blues” featuring guest appearances from a number of big names – including Julia Michaels, who will be joining the band on tour! They’re coming to the Oracle Arena on Friday 1st June 2018! Get your tickets now for a night you’ll never forget! 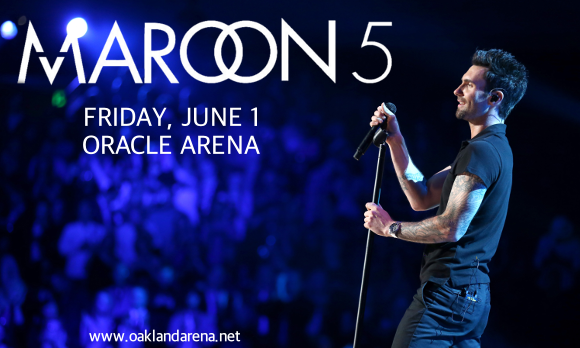 Originally a behind-the-scenes songwriter for huge names, including the likes of Justin Bieber, Gwen Stefani, and Demi Lovato, she went on to perform her own material, debuting her solo single “Issues" in 2017, and achieving a hit in the Billboard Hot 100 as well as platinum certification! Now, she’s hitting the road with the legendary Maroon 5, who will be delighting fans with all the tunes from their fresh new album as well as classic from albums such as the much-loved “Songs About Jane”.

What are you waiting for? Get your tickets to see these two incredible artists live NOW while you can!!