Get ready for an incredible vocal soundscape this fall because the hottest acapella group, Pentatonix, will take over North America with A Christmas Spectacular Tour! The holiday trek will send the quintet to 23 major cities in the U.S, including a coveted stop in Oakland, California! On Thursday, 17th November 2022, Pentatonix is set to deliver its high-energy holiday-themed set at the Oakland Arena! Fans can expect a plethora of Christmas acapella, hits, fan favorites, and surprises! If you love Pentatonix, you shouldn’t miss A Christmas Spectacular Tour at the Oakland Arena! Hurry and grab your tickets now! 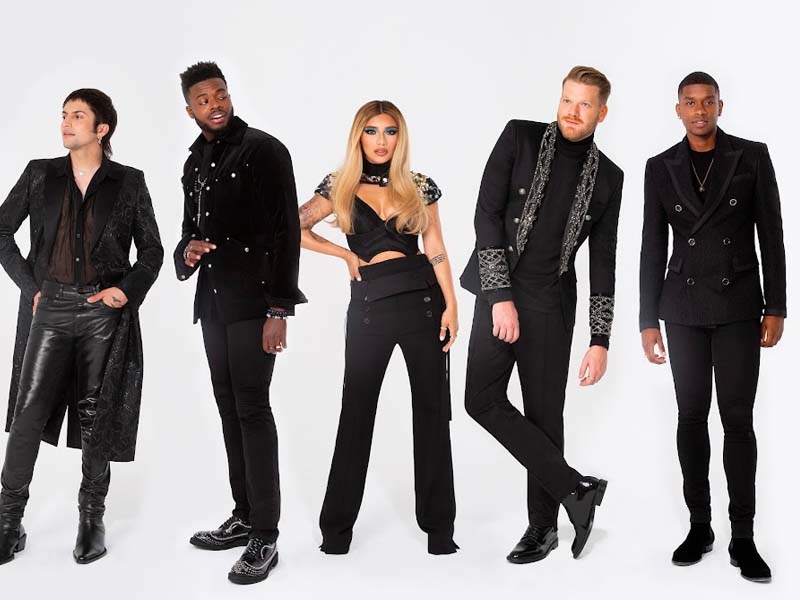 Pentatonix is a Grammy Award-winning acapella group that took over the world with their incredible covers of modern pop’s biggest hits. The group emerged in 2011 and competed in the Sing-Off Season 3, winning the grand prize of $200,000 and a record deal with Sony Music. The group’s many acapella covers have amassed millions of views on Youtube. Today, the group has garnered over five billion views on the video streaming platform.

Pentatonix has released 12 studio albums, including five holiday albums. This 2022, the group drops their latest Christmas effort, Holidays Around The World, followed by a massive world tour titled A Christmas Spectacular Tour.

Pentatonix has released several chart-performing studio albums. In 2014, the group’s first holiday effort, That’s Christmas to Me. The album peaked at number 2 on the Billboard 200 and topped the Holiday charts. The album later earned double platinum status for selling more than two million copies in the U.S. One year later, Pentatonix dropped their first number 1 album and eponymous fourth effort. The album topped the Billboard 200 and entered the charts in 17 other countries. The fourth album spawned several colossal hits, “Cheerleader,” “Can’t Sleep Love,” “Where Are You Now,” and more.

After the stellar success of their fourth release, the group followed it up with another number 1 album and second holiday effort, A Pentatonix Christmas. The album sold a million copies in the U.S., earning platinum certification, and charted in 19 other countries, including the U.K., Canada, and Australia.

Tickets to see the Pentatonix at the Oakland Arena on Thursday, 17th November 2022, are now available!