An incredible night of authentic Indian music awaits classical music lovers this November 12 at the Oakland Arena. The Indian superstar Shreya Ghoshal will enthrall audiences on this fateful Saturday night as she sports her sweet and distinctly soothing voice that will foster immense pleasure and happiness. Let the unmatched singing capability of Ghoshal take you on an exciting concert experience filled with beautiful music. Expect the Indian icon to perform her most famous songs, such as "Dola Re Dola," "Yeh Ishq Hai," and "Jaadu Hai Nasha Hai," among many others. If you are a lover of Indian music, be sure to grab your tickets as early as today. Click the "Get Tickets" link to place your ticket orders. 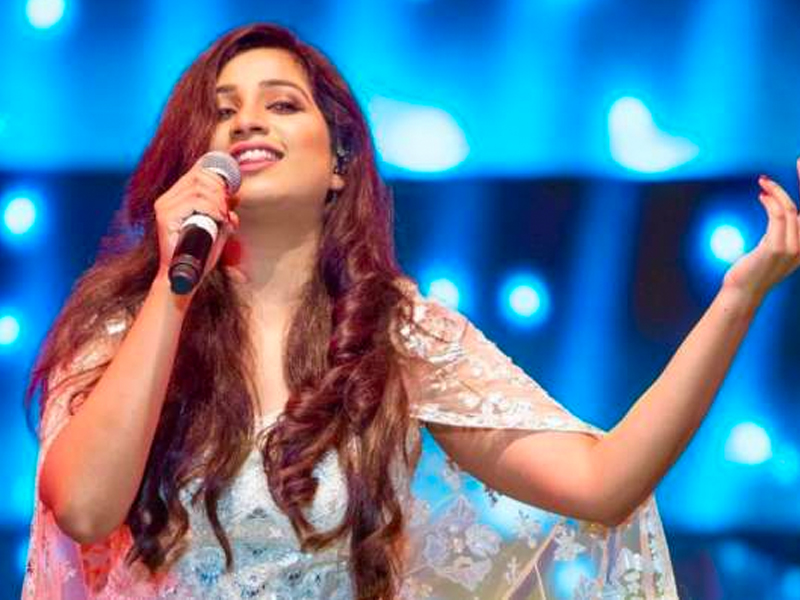 As one of the most established playback singers of Hindi cinema, Shreya Ghoshal is a household name in the Indian music industry. With her distinctively beautiful voice, Ghoshal marks her name in the Indian music scene as a well-rounded singer who can sing in different Indian languages, including Bengali, Hindi, Malayalam, Telugu, Kannada, Marathi, Punjabi, Tamil, and bhojpuri.

Shreya has been singing at an early age and was trained by her mother to sing properly. Her mainstream breakthrough came when she tried out for and made it onto the Zee TV talent show "Sa Re Ga Ma." Ghoshal's rise to the top of the competition was unstoppable, leading her to win both the 75th special children's episode and the children's mega-final in 1996 at age 12. The director of the film, "Sanjay Leela Bhansali," took notice of the young performer's potential and offered her the playback role of Paro in the Bollywood flick "Devdas."

After more than 2 decades in the industry, Ghoshal was able to release several albums with a total of 2,439 songs. These songs are not exclusively written in Hindi but are also in other languages, including Bengali, English, French, Nepali, Malayalam, Marathi, and many others –– making Ghoshal one of the most flexible and well-rounded artists in the world.

This fall, Ghoshal will embark on some select US shows. The Indian superstar will be at the Oakland Arena on November 12, Saturday. If you are looking forward to enjoying an evening of authentic and contemporary Indian music from one of India's gems, this is the show for you. Click the "Get Tickets" link to reserve your tickets today.