Grab your tickets now for the final tour that duo Wisin Y Yandel are going to give… ever! They will be touring around America for their ‘La Ultima Misión’ tour and you can be a part of it by booking your tickets for Sunday the 20th of November 2022 at the Oracle Oakland Arena. It will be one of the last performances the Latin reggaeton giants give, your last chance to hear their hugely popular tracks, such as ‘La Revolucion’, live and to enjoy the dynamic energy and style of Wisin Y Yandel. So, book your ticket now before it is too late. 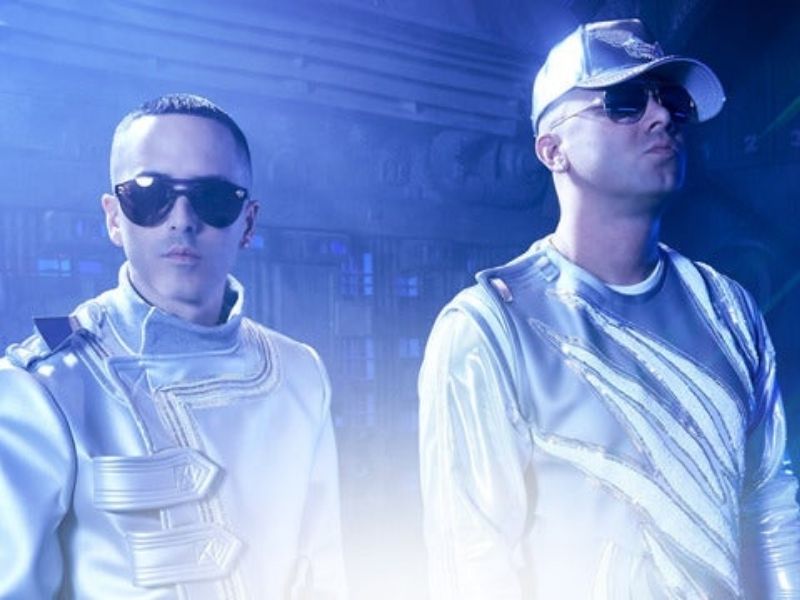 Juan Luis Morera Luna and Llandel Veguilla Malavé Salazar, otherwise known as Wisin Y Yandel, entered the Latin music scene with the release of their album ‘Mi Vida… My Life’ in October 2003. Tracks, such as ‘Dembow’, were instance successes and they were quickly regarded as emerging and up-coming artists of the time. It was with the release of their album, ‘La Revolcion’ that Wisin Y Yandel cemented their reputation as reggaeton giants in the Latin industry, the explosion of amazing tracks instantly gainging them followers. Their single, titled the same as the album, is still a hugely popular track of the duo and nearly always features in their live performances. Since then, they have released albums that have won Latin Grammy Awards, been nominated for Lo Nuestro Awards for their tours and gifted the world with catchy, insatiable beats. Their 2018 album, ‘Los Campeones del Pueblo’, is a 4x platinum certified release and features star guests such as Romeo Santos and Ozuna. Following the release of their newest album, ‘La Ultima Misión’, they announced their final tour as a team with the same name and are touring to 25 different cities, giving fans a final showing of their great music. Grab your chance to hear from their vast and hit-track catalogue and to experience Wisin Y Yandel live for the last time!