Your 1990s girl group prayers have been answered – Xscape have reunited! After nearly 18 years out of action, the four R&B queens will be returning to the stage to show that they're Still Kickin' It! They'll also be bringing with them an epic line-up in the form of Monica & Tamar Braxton, coming to Oracle Arena on Friday 5th January 2018 – don't miss it! 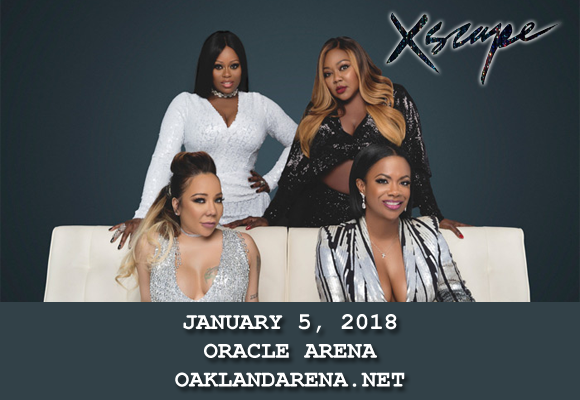 After nearly 18 years apart, American R&B quartet Xscape have reunited for a 2017 tour. The band first formed in 1991, and was hugely successful throughout the 90s, with three consecutive platinum albums and six top-10 hit songs on the Billboard Hot 100, including "Just Kickin' It", "Who Can I Run To", "The Arms of the One Who Loves You", and "My Little Secret". The band currently consists of sisters LaTocha and Tamika Scott, Kandi Burruss and Tameka "Tiny" Cottle.