Bringing with him different shades of heartfelt country music on his Burn, Burn, Burn American Tour, Zach Bryan is coming to the Oakland Arena this August 21! With soothing harmonies accompanied by string instruments, the troubadour will lull everyone to the sincerest feelings. The fans will surely be delighted as he will be performing his red-hot to-be-released album "Writers and Fighters." Apart from this, his all-time favorites, such as "Heading South," "Oklahoma City," "Something in the Orange," and "Highway Boys," will be performed. Get ready to be charmed, captivated, and enamored, and enjoy this night of blistering country music. Reserve tickets now! To do so, click the "Get Tickets" button. 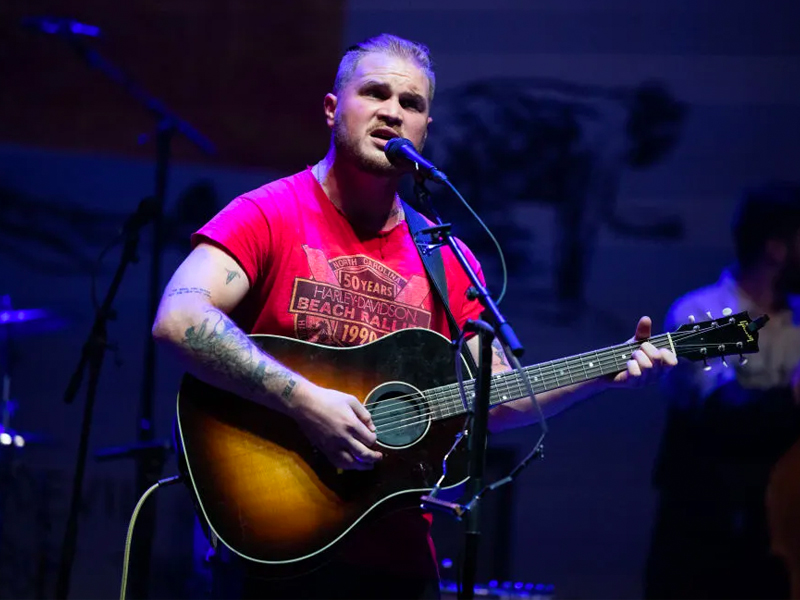 Zach Bryan is a country musician who is among the noteworthy rising artists of today. In his career, which started in 2017, he has released three albums, two EPs, and six singles. All of these are top-charting, and many are Recording Industry Association of America (RIAA) and Music Canada (MC) certified.

With his friends recording him performing with his iPhone in 2017, Zach started gaining traction with his music on YouTube. Eventually, one of his songs entitled "Heading South" went viral. Music has become his solace, especially while working in the Navy. Writing songs during his spare time, he finally was able to release his debut album, "DeAnn," in 2019, which he dedicated to his late mother. A success, the album reached multiple charts, peaking at the top 6 on Billboard's Americana/Folk Albums chart. The next year, he released his second album, "Elisabeth," which gave him his first taste of mainstream success due to the single "Heading South." The single was both certified platinum by RIAA and MC. Having been just established as one of the newest country musicians to look out for, he debuted at the Grand Ole Opry in 2021. In 2022, he released "American Heartbreak." The album became his biggest yet, with it topping the Billboard charts for Americana/Folk, Country, and Rock.

Catch the rising country musician as part of his Burn, Burn, Burn American Tour. He will be visiting the Oakland Arena on Monday, August 21. To buy tickets, click the "Get Tickets" button.