Hip hop fans get ready for the juiciest joint tour of the summer, with Drake and Migos hooking up for the Aubrey and the Three Amigos Tour! Headed to Oracle Arena on Saturday 27th October 2018 for the second night in a row, the chart-topping hit-makers will be serving up two full headlining sets, plus fans may even be treated to some on-stage collaboration with songs like "Walk It, Talk It"! 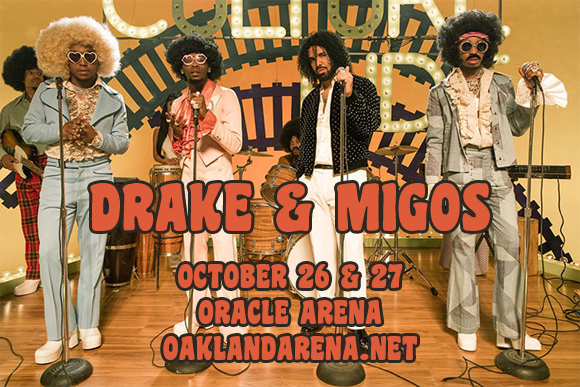