Chart-topping hip hop superstar Drake & "Versace" trio Migos have teamed up to bring Oracle Arena their much-hyped Aubrey and the Three Amigos Tour! Headed to Oracle Arena on Monday 29th October 2018, the show will see these rap giants perform a headlining set each, plus there's plenty of opportunities for collaboration, as on their smash-hit single "Walk It, Talk It"! Tickets available now! 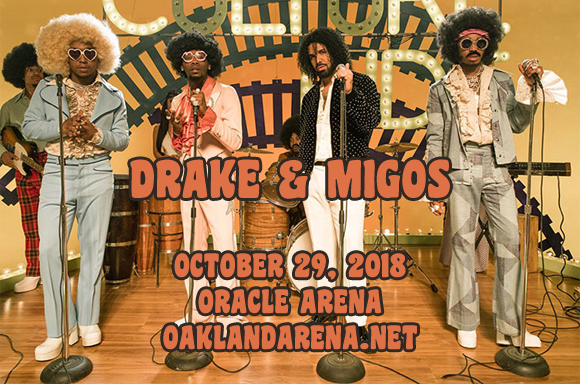