This summer, escape to a whimsical wonderland filled with high-flying acrobats and ethereal performers as Cirque du Soleil presents its award-winning and best-selling production, Corteo! The groundbreaking contemporary circus show is coming to the Oakland Arena this Thursday, 17th August 2023! The show is part of Cirque du Soleil’s extensive tour across North America, featuring world-class entertainers, state-of-the-art production and visuals, and a breathtaking original score! If you’re a circus fan, you can’t go wrong by attending the best-selling production of the world’s number 1 contemporary circus production! So hurry and score tickets now to see Cirque du Soleil’s Corteo at the Oakland Arena! 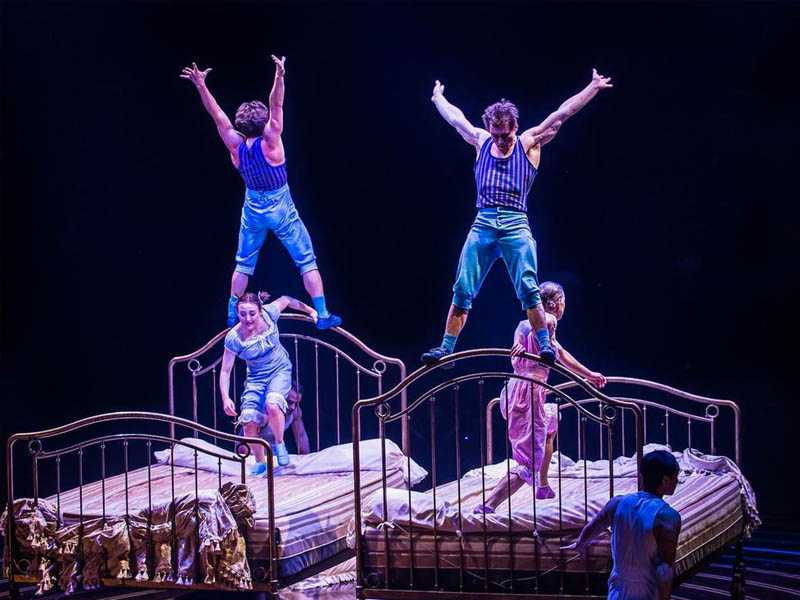 Corteo is a tale about a clown named Mauro. Mauro has passed, but his spirit stays and watches his own funeral. The ceremony takes place in a carnival-like world. This scene was reportedly inspired by The Grand Parade: Portrait of the Artist as Clown. Instead of mourning, the funeral became a celebration filled with smiles and cheerfulness. The scene is encapsulated with laughter, and joyful performers are set to provide visually stunning stunts. This lively event is a joyous celebration of life, perfectly fit for the artist who dedicated his years to making the audience happy.

Corteo premiered in 2005 in Montreal, Quebec. At the time, the production broke the record for most spectators attending a circus premier. Over 200,000 viewers saw the show, breaking the record of 180,000 tickets sold for Cirque du Soleil’s other groundbreaking production, Varekai. The production ran for ten years and finally wrapped up in 2015. But due to public demand, Corteo was revived in 2017 and 2018. This 2023, Corteo returns in full force with a massive tour in North America. The production will feature all original acts and many more surprises. Spectators can look forward to jaw-dropping acrobatic and entertaining performances like the Chandeliers (aerial act), Cyr Wheel, Suspended Pole, Artist Marionette, Helium Dance, Teeterboard, and many more!

Enjoy all these performances and the original score composed by Philippe Leduc and Maria Bonzanigo! Hurry and score tickets now to experience Cirque du Soleil’s Corteo at the Oakland Arena!